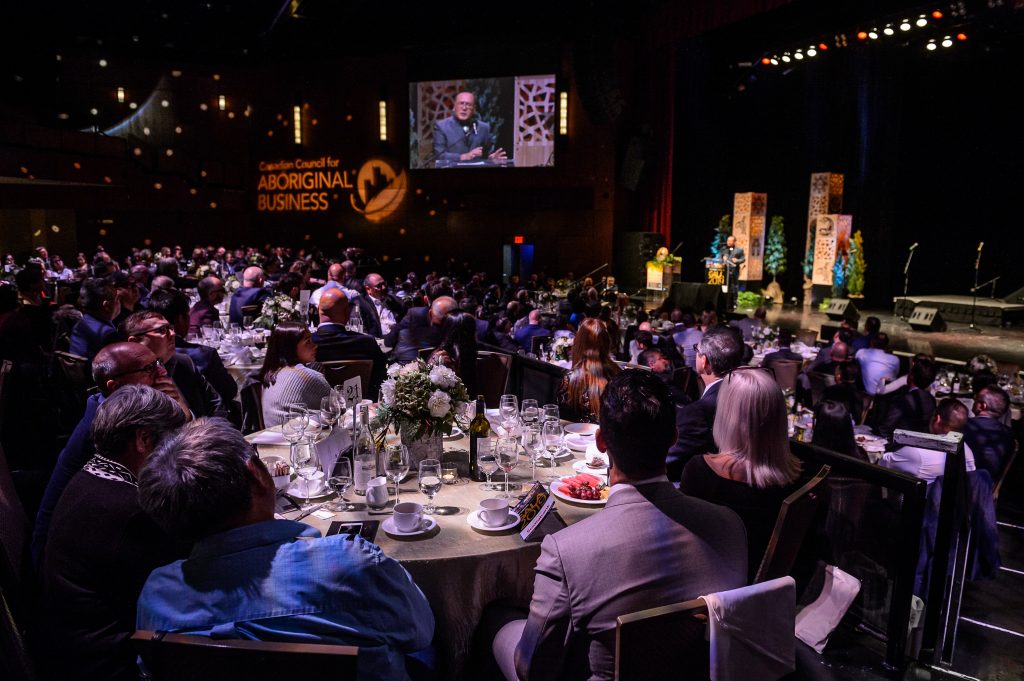 Spring in Calgary now marks an important time for Indigenous and non-Indigenous businesses to join in support of reconciliation and Indigenous wealth. In collaboration with Canadian Council for Aboriginal Business, this year Forward Summit is the site for the annual Gala Awards Dinner that celebrates an outstanding corporation that has demonstrated effective leadership, skills, innovation and sustained efforts worthy of recognition.

On Tuesday, April 28, 2020, business owners, community members, thought leaders, associated groups and supporters gather for an evening of entertainment at one of Calgary’s largest and most beautiful professional venues, Calgary TELUS Convention Centre.

Nominations for the AEDC award are now being accepted. Do you know of or work with an organization that deserves recognition for their outstanding achievements in Aboriginal Business? The AEDC Award is a national honour given to organizations that display sustained efforts towards wealth creation, supporting rising levels of employment and business development within Aboriginal communities. Shine a light on the amazing work in communities across Canada by submitting a nomination for an AEDC that has demonstrated effective leadership, skills, innovation and sustained efforts worthy of recognition.

Show your support and submit your nomination for the AEDC award this year.

Tickets for the 2-day conference and the Gala Awards Dinner are now available for purchase. Join the national gathering of Indigenous communities and industry members as we learn about partnerships and opportunities to collaborate on projects. Join us as we continue the conversation from 2019 that included over 100 speakers, 400 businesses and 40 Indigenous communities represented in key topics and conversations surrounding Indigenous wealth and economic reconciliation.

In the spirit of respect, reciprocity and truth we honour and acknowledge, the land where we are a guest. We are located in the traditional territories of the Niitsitapi (Blackfoot Confederacy) and the people of the Treaty 7 region in Southern Alberta, which includes the Siksika, the Piikani, the Kainai, the Tsuut’ina and the Iyarhe Nakoda. We are situated on land where the Bow River meets the Elbow River, and the traditional Blackfoot name of this place is “Mohkinstsis” which we now call the City of Calgary. The City of Calgary is also home to Métis Nation of Alberta, Region 3.